If you live in the US you know all about the H1N1 flu and were witness to the mass hysteria that a number of  flu deaths caused during the 2009-2010 flu season.  This was especially true for pregnant women who heard that 54 pregnant women had died of (what was reported as) the strain of H1N1 flu during the season.

The CDC along with ACIP (the CDC’s advisory committee on vaccines) recommended, therefore, that all persons be vaccinated against influenza A (H1N1) and the seasonal influenza viruses.

The media flooded the airways with propaganda-like information causing a panic across the country and resulted in “shortages” of the vaccine and Chicken Little sightings.

Hundreds of thousands will faithfully line up and receive what the government tells us is “necessary” to combat the flu season again this year.

But who are those involved in the flu vaccine process and what does it take to get an entire country to line up and “bare our arms” at the request of our country?

The “flu” or influenza, is caused by a virus that causes sickness in humans and animals.  The human symptoms are usually, by not always, high fever, cough, body aches, sore throat, and lethargy.  The flu can lead to pneumonia, especially in those over 65 and infants, because that population has a weak immune response by nature.  The pneumonia can lead to death.

The influenza virus has over 200 configurations with some well-known names (i.e. swine flu, asian flu, bird flu, etc) and is more prevalent during the winter.  In the US, the flu season is usually November to March as most of the flu cases are seen at this time year after year.

The first recorded flu pandemic was in 1580.  There have been some devastating outbreaks since then such as in 1918 where it is estimated that there were 20-40 million deaths (yes, million).

In a typical season, approximately 41,000 persons die each year in the US from influenza.

The first flu vaccine was developed in the 1940’s by the US Army during World War II.  Since then, the government has hired private pharmaceutical companies to develop and produce the vaccine. 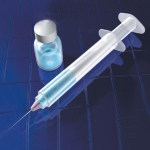 what's really in this stuff?

There are good reasons why the government wants to keep you well during flu season:

Yes and no.  Being as how there are over 200 different viruses that give you “the flu”, and only 3 are included in any given seasonal flu vaccine, the chances are not great that the WHO (World Health Organization) is choosing the correct viruses to fight.

The WHO determines which virus to include in the vaccine based on the previous year’s virus and what the flu seasons around the worlds are doing.  This year’s (2010) vaccine included H1N1, of course, as well as H3N2 and influenza B.

So the government is telling the elderly, infants and those who are immune depressed to get the vaccine, but in reality by the manufacturer’s own admission, it’s not going to offer them much protection.

A study done by the Cochrane Library, an independent database reviewer,  determined in 2010 that out of the 142 studies that examined the effectiveness of the vaccine, 92 of the studies were seriously flawed due to things like, inconsistent data, poor reporting, lack of controls, etc.  They also reported that the studies done by public research were much less likely to find high effectiveness.  But the studies done by the drug companies found excellent results, sometimes because of blatant omissions of key data.

So basically the drug companies  making the vaccines are doing the safety and effectiveness studies themselves and were getting extremely positive outcomes! Imagine!

Interesting to me was the fact that in 2010 a department of the US government did the safety and efficacy studies for one drug company (Sanofi) producing the H1N1 vaccine.  The study was limited (only 586 subjects).  The CDC ultimately reported favorably on the vaccine and the company gained approval for production.

It is the US government, namely the CDC, that picks which drug companies can supply the US with the vaccine.  The companies write “pick me” reports telling the CDC why their vaccine should be chosen.  There is stiff competition….with major rewards.  Last year one company, CSL Biotherapies, made $180 million from 2009 flu vaccine sales alone.  That is just one year, mind you.

How about side effects?

The most common side effects of the injected vaccine is tenderness at the injection site (duh), and mild flu-like symptoms, headache etc. for 48 hours after injection.  This makes sense.

Recently, however, here has been a bit of noise made by some women’s advocacy groups that claim there is an unusually large number of women that had miscarriages within several days of getting the flu vaccine injection.  If you google “flu vaccine miscarriages” many, many sites will come up, however, all the sites are reporting their take on one single report over and over again.  The report claims that there may (or may not) have been 1588 miscarriages related to the flu vaccine.

The “Progressive Convergence” people came to this number by taking the actual cases reported to VAERS (the official side effect reporting site run by the CDC) and adding the cases that they knew about that were not reported to VAERS. This total is 241 cases.  They estimate that the cases are “drastically underreported”, and so the actual number is 1588.

(Considering that the average number of miscarriages in the US on a weekly basis is 14,000, I’m not sure if this data makes sense.)

That fact aside, the CDC really pushed hard for pregnant women to be vaccinated even though the package inserts and precautions state “the safety and effectiveness of influenza A H1N1 2009 Monovalent vaccine have not been established in pregnant women…”

So why are we recommending that pregnant women get it?

By the drug companies own admission, safety studies are run after the vaccine is already approved and being used.  They call it post marketing research. The study participants are those who are lining up to get injected for their flu shot that year.

The 1976 swine flu season was notable because of the incidence of Guillain-Barre Syndrome with flu vaccinations.  There were 25 more cases of Guillain-Barre (which can be fatal) that expected and 400 more hospitalizations for the illness.  This lead some to believe that the cause was the vaccine. That question has not ever been resolved, however, in all the package inserts from the current vaccines, it states that those who developed GB or have it should not be vaccinated.

Crazy thing about the 1976 “epidemic” was the fact that all the swine flu cases were  confined to one army barracks, but in order to avoid a pandemic (even though there were only a handful of cases and 1 death) the vaccine was rushed to production.  There was a country-wide panic and fear ensued.  After about 25% of the population was vaccinated, the cases disappeared and the “emergency” was called off.

Epidemic: when the incidence rate of a disease substantially exceeds what is expected based on recent experience

Pandemic: an epidemic that spreads through human populations across a large region.

PANdemIC is a scary word, and I think the CDC knows it.   To me it sounds like the end of the world…apocalypse in the form of diarrhea and vomit.

The CDC called the H1N1 outbreak an epidemic because it didn’t expect to see any human to human contact from the swine flu virus. It started April 18 with 2 patients.

When the pandemic was declared by the WHO on June 11, it had spread to 70 countries however, most people who had gotten the H1N1 virus had recovered without needing hospitalization.  Deaths were reported, but were not really any worse that previous years.  In fact, they looked pretty good.

The numbers from the CDC H1N1 pandemic look like this:

Do these numbers match what the media was hyping as the biggest wave of death since the plague?

Actual data states there may have been as few as 8,870 deaths.  The way the CDC estimates gives wide ranges, not actual numbers.

The US government has in its possession millions of doses of vaccine and anti-virals among other medications (Smallpox vaccine, Cipro for Anthrax out break, potassium iodide for nuclear attacks etc).  In a national emergency, they deal out the drugs based on situation and population.  They decide who gets what and when.

If there is an emergency, like the level 6 H1N1 pandemic, the government can basically take action by requiring hospitals and labs to purchase certain products and drugs.

Based on the CDC’s estimate of how bad the 2009-2010 flu season was going to be, US hospitals were required to purchase Tamiflu, the anti-viral agent that is supposed to lessen the effects of the flu if you think you have it.  A major hospital in a US suburban area told me the the CDC stockpiled 850,000 doses of Tamiflu to have on hand because of the H1N1 “Pandemic”. The hospital now has 799,567 doses of Tamiflu in its supply that is rapidly approaching its expiration date.  This is just ONE US HOSPITAL!

Let’s talk about wasteful government spending.  One dose of Tamiflu is $50.00……you do the math.

Other things you should know

One drug company tested the flu vaccine on a homeless population in the poorest area of Poland. There were 20 deaths reported in the study.

There are many reasons to get a flu vaccine:

If you don’t fall into any of these categories:

Think about if you truly need the flu vaccine…..weigh the risks and the benefits of the vaccine and the small chance of getting the current strain of flu.  Even with the H1N1 pandemic flu of 2009, you chances were much better that you wouldn’t get sick, than you would.

Anthrax Vaccine — posts by Meryl Nass, M.D.: UPDATE: How much did governments spend on Swine Flu vaccines and drugs? 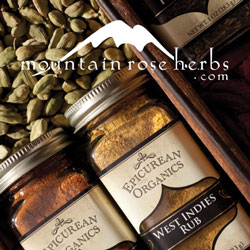